“If we want a sustainable workplace, it must revolve around the mental wellbeing of each individual”

“If we want a sustainable workplace, it must revolve around the mental wellbeing of each individual” 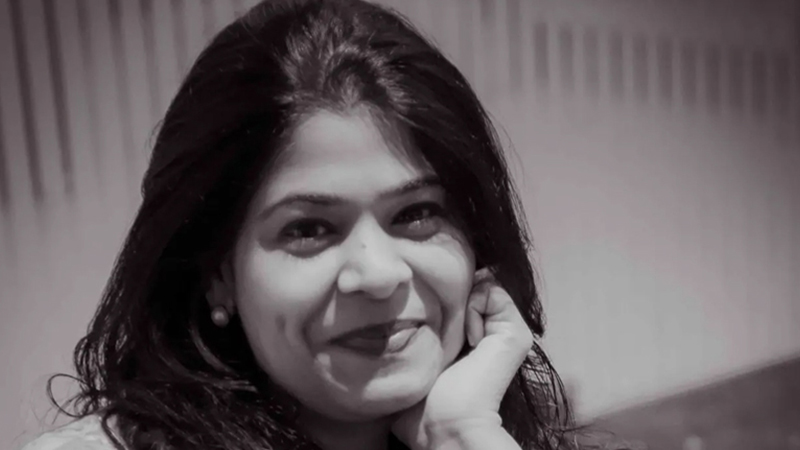 If an organisation wants to flourish, there is no other way forward than compassionate leadership, says Seema Rekha, a management consultant who believes in the well-being of each individual in an organisation and aligns employee wellness with business outcomes.

The Gurugram-based founder of Antarmanh Consulting, Seema Rekha (who does not use her surname), works towards organisational transformation through people enhancement. She also believes that the core ingredient of leadership is nurturing.

“It’s easier for women to lead… school principals are women – and we leave our children in their hands. It is these women in schools and classrooms who are leading the world, not the men and women in executive boardrooms,” says Seema Rekha, 41.

Having launched her consultancy in 2013 when her younger child was just three months old and now heading a team of over 150 psychologists and counsellors – almost all women – in 13 countries, Seema Rekha is convinced that women are better at handling the workforce when it comes to soft skills.

“The potential is already there, but they need a platform to perform. Women employees and leaders need mentoring and help in growing their skills. Women leaders should collaborate with one another and build more women leaders,” she says.

“If we want a sustainable workplace, it must revolve around the mental wellbeing of each individual. We are all interlinked: if one part is not doing well, the whole structure can’t do well,” says Seema Rekha, who was trained at IIM Lucknow, Institute of Counselling in Glasgow UK, and TISS Mumbai, and is a member of the American Psychological Association.

She adds, “The most important ingredient is a sense of belongingness within the organisation. Without that, you cannot achieve employee wellbeing. The relational needs of the employees also have to be addressed, and one of the needs is compassionate leadership.”

Born and raised in Jhansi, a historical town in Uttar Pradesh, Seema Rekha was the youngest of three siblings born to a businessman father and a mother who had worked as a schoolteacher as well as a journalist with a major Hindi daily.

“Most women are empowered in Jhansi, including my mother. My father, too, was a compassionate leader in his own way. As a result of my upbringing, I never saw the vulnerability of women as a personal problem but rather as a social problem,” she shares.

Seema Rekha firmly believes that gender inequality hurts both women and men. “Normally, Indians don’t create a psychologically safe atmosphere at home,” she says, adding that this leads to all kinds of issues for children when they grow up.

Her advice to organisations is to build a space where people who are competent have room to grow. “Inclusivity means including everyone – even those with disadvantages – but it doesn’t mean leaving good people behind,” she reasons, suggesting that managers give employees space to come up and talk about their problems; give them flexibility to work in their own space; build a support system to help those who may be struggling; and, above all, “trust your people.”

“I have seen excellent examples of compassionate leadership even in the government sector, where the managers are concerned about not just employees but their family’s wellbeing as well. It’s more visible in smaller setups, and it is clear that the productivity is higher in such cases,” she notes.

When Seema Rekha had set out to launch her bootstrapped venture focusing on employee mental health and wellbeing, it was still considered a risk and an unconventional approach to organisational growth, but she was determined that this was the need of the hour. “I am not afraid of hard work and failure,” she states.

After the pandemic struck last year, she used her own experience in risk-taking and resilience to align Antarmanh to the new world order. “We changed our infrastructure, and all began working from home. We launched free helplines and offered free services to government and international organisations and their families,” says Seema Rekha, who studies Vedic sciences in her free time.

The organisation, in fact, saw a significant rise in demand for its services during this period. They ended up delivering over 3,000 planned counselling and therapy sessions for adults, children and senior citizens and an equal number of emergency counselling sessions.

“We de-escalated over 150 critical cases, which would have otherwise led to self-harm or even suicide,” says Seema Rekha, expressing her relief and gratitude that her team of experts were able to handle the situations sensitively.

These included Covid-specific awareness sessions for frontline health professionals and alternative healing therapies and psychological support for critical employees in the ICU and their families, all offered pro bono. They also established a 24-hour mental-health helpline in collaboration with the Haryana Government for the underserved population.

It was a stressful time for the group, but they feel gratified that they were able to be of service to humanity in its darkest hour. For Seema Rekha, there has been an additional change of roles: “I have become the go-to person for everything – professional as well as family problems,” she smiles. It is a role she no doubt thrives in.